Some of my students and their families have been asking me about my new digital piano and how I like it.

I recently bought a Privia PX850 digital piano, which I use for my own playing, and for teaching my piano students. It is made by Casio, and it is the top of the range digital piano in the Privia line.

I had another Privia digital piano (the Privia PX110) before buying the PX850, and was very happy with that model.

I, nevertheless, decided to upgrade the PX110 to the PX850 for a number of reasons:

Firstly, although the PX110 had a really rich sound, and was a real pleasure to play, the notes did not keep their sound for very long (if you wanted to play long, sustained notes), and the PX110 had a limited memory and, thus, a limited ability to create accurate sound layering when playing more complex pieces.

With the new PX850, there is a 256-note polyphony piano sound memory technology, which means that a pianist can create a much more complex layering of notes, and sustain the sounds for a much greater amount of time than with the earlier PX110 model.

Secondly, the keys of the PX110 were physically slightly too large and too high, compared to an actual acoustic piano, as well as being slippery, which impaired the quality of the playing to some degree. It would take an adjustment to perform on the smaller keys of a real piano after practicing on the PX110. The keys also were quite noisy, and made a clacking sound when playing, which could be heard over the notes when playing quietly.

The PX850 has keys of very similar size to a real acoustic piano, making playing or performing on a real piano after practicing on the PX850 an easy switch. The resistance of the keys to finger pressure is also very similar to that of a real piano, and the new ebony and ivory texture to the keys makes them much less slippery than the PX110.

There is no clacking sound with the PX850 when pressing the keys either.

The sound of the PX850 is rich and full and very grand-piano-like, and with the open-lid speaker projection (i.e you can lift the lid on the top of the piano, as you can on a real piano, to make the sound louder) the PX850 is capable of producing a very resonant and realistic sound.

The PX850 comes in a compact furniture-style lightweight cabinet in satin black, medium brown or satin white, with sliding key cover and full sheet music rack. It has three pedals (the una corda or soft pedal on the left, the sostenuto pedal in the middle, and the sustain or loud pedal on the right).

Here is a link to the PX850 on Amazon, as well as links to other Privia models: 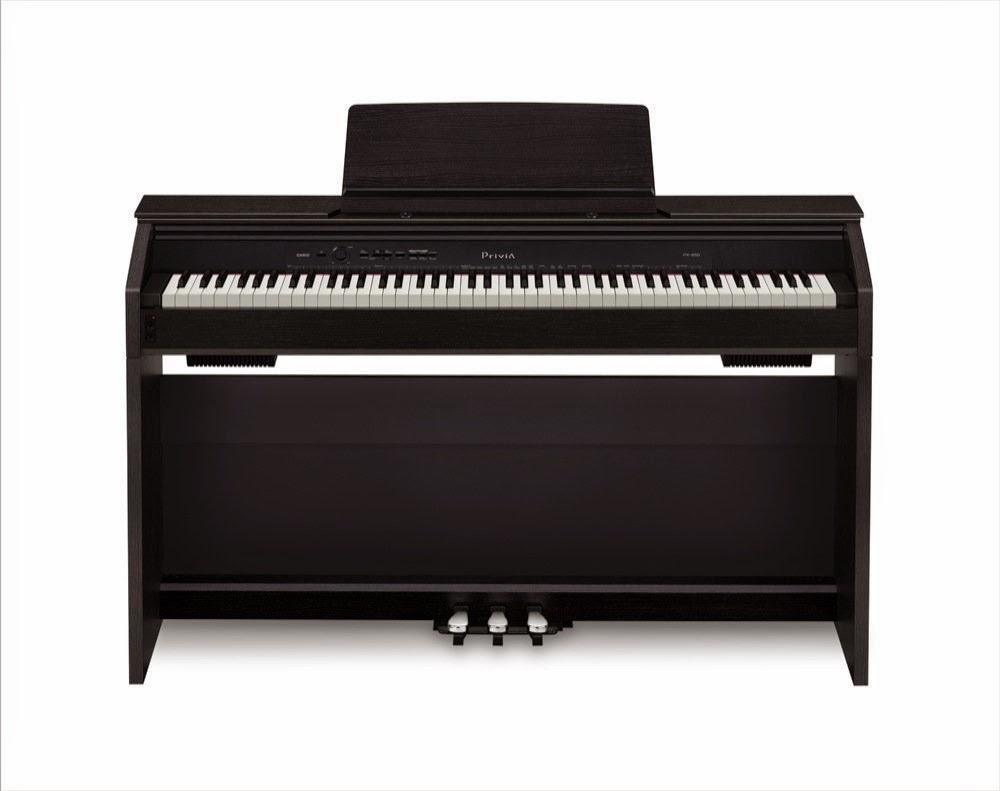 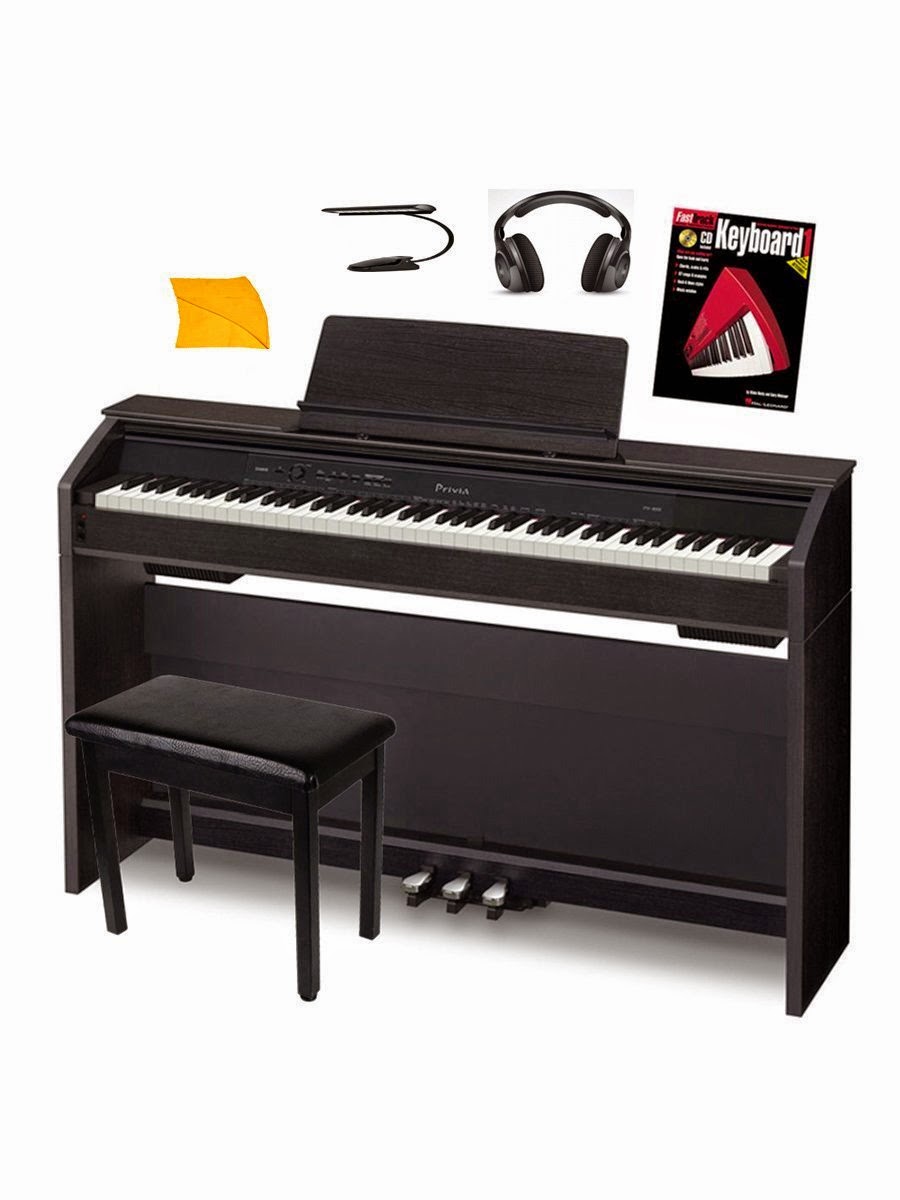 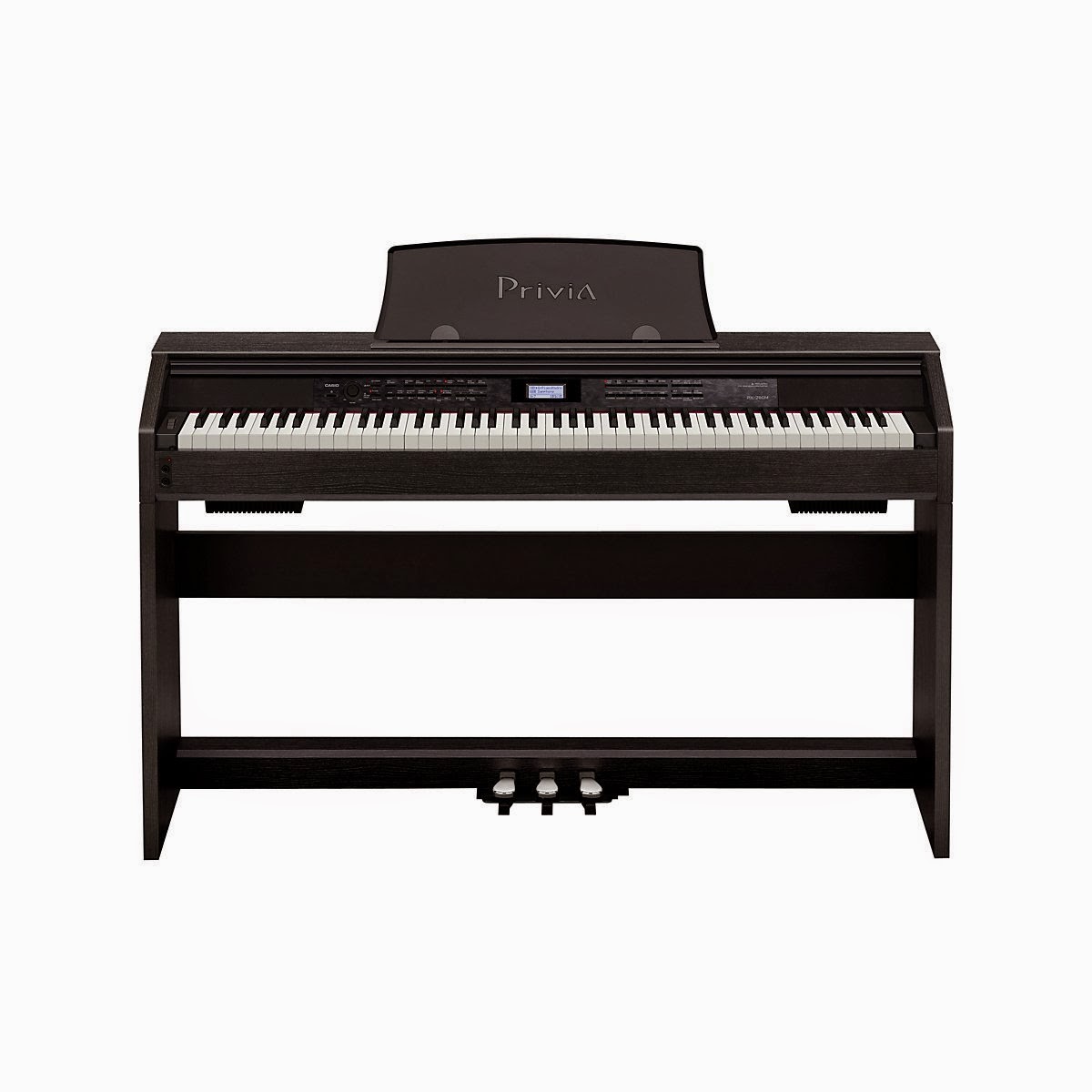 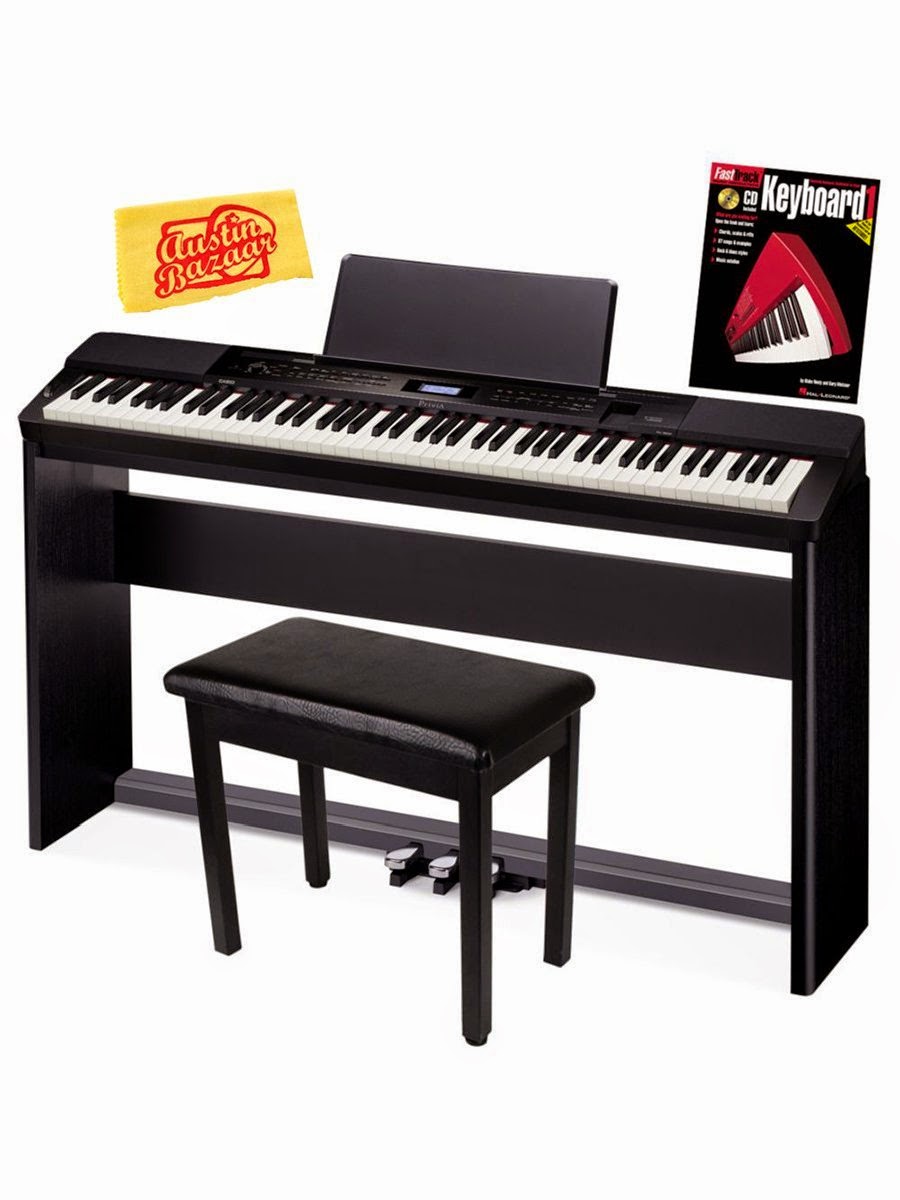 Posted by Art Classes at 10:27 PM No comments: Links to this post